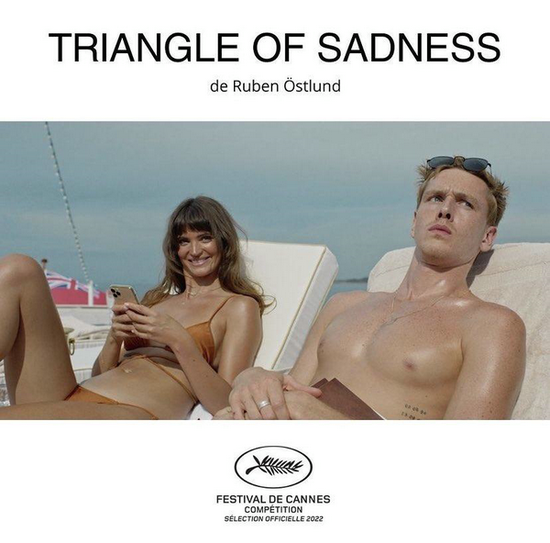 Triangle of Sadnessis a film where a couple, invited for a luxury cruise with super-rich passengers, found themselves marooned on a desert island after a storm. Hierarchy is suddenly flipped upside down, as the housekeeper from the yacht is the only one who knows how to fish.

The Jury of the festival distributed the Grand Prix to two films, Closedirected by Lukas Dhont, and Stars at Noondirected by Claire Denis.

Best Director was awarded to Park Chan-wook for Decision to Leave, while the Best Screenplay was given to Tarik Saleh for Boy From Heaven.

The festival's nine-member jury is headed by French actor Vincent Lindon, winner of the Best Actor Award at the 68th Cannes Film Festival in 2015.

The French comedy Coupez! (Final Cut), directed by Michel Hazanavicius, was chosen this year as the opening film.

This year, 21 films have been selected to compete for the Palme d'Or.